We use cookies to optimize your site experience. By interacting with our site, you agree to our use of cookies. Learn more 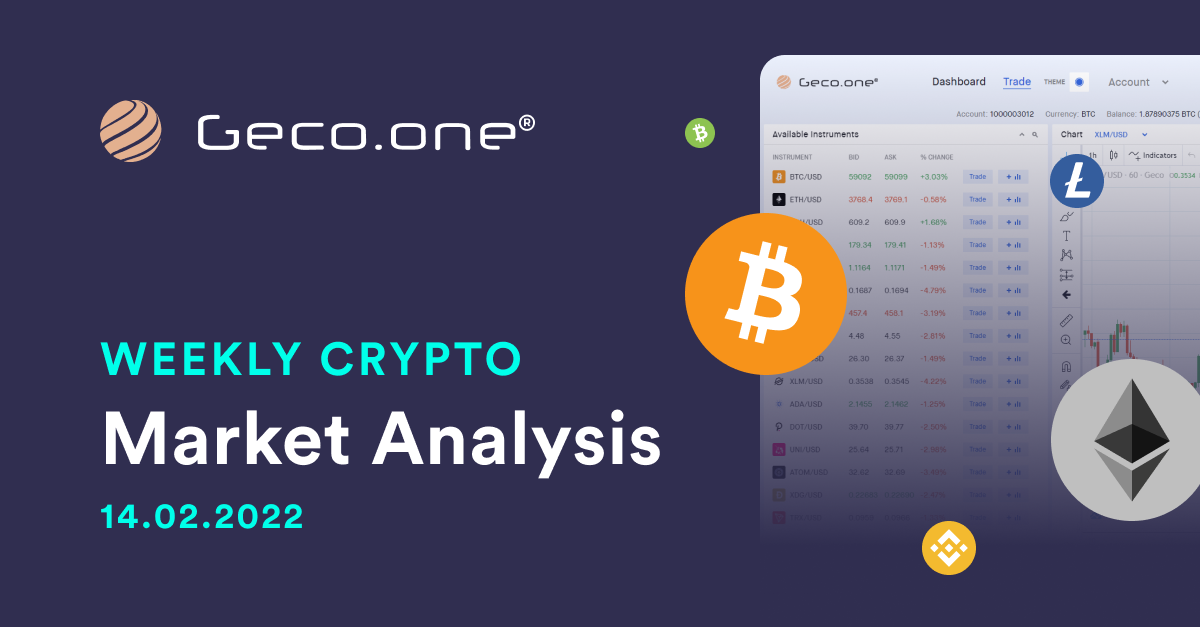 This significant increase led to overcoming the technical resistance of $ 40,700. This tendency stopped only near the next resistance, where on 10 February, a supply reaction appeared.

Since then, we have been observing uninterrupted declines. If this trend continues, we could expect a re-test of the previously defeated resistance (now support) in the amount of $ 40,700 in the near future.

However, considering that this level coincides with the measurement of 38.2% Fibonacci retracements from the earlier upward movement, it seems highly probable that this is where the demand reaction will reappear, which may trigger another upward trend impulse.

We could also expect potential declines in the near future on the Ethereum quotations, the price of which has slipped by almost 14% in recent days. If this trend continues, we should soon be looking forward to a re-testing the recently defeated resistance (now support) of $ 2,800.

However, it remains unclear whether there will be any more significant demand response around this support, which could trigger another upward impulse, whether the ETH price will slide below this level, which in turn would naturally open the door to further sell-off towards $ 2,350.

The current situation on the AVAX quotes is also very similar to BTC. After rebounding from the resistance of $ 96, this cryptocurrency moves towards technical support of $ 74.

It is worth noting that this level is very precisely in line with the measurement of 50% Fibonacci retracement from the earlier upward movement can naturally determine the emergence of greater demand response in its vicinity. If this happens, the price of this cryptocurrency could return to around $ 96 or even increase to $ 123.

The current situation on Binance Coin’s quotes is also very interesting. The price of BNB has rebounded again recently from the downward trend line and then returned to the area of ​​previously defeated resistance (now support) of $ 390 and measuring 50% Fibonacci retracement from an earlier upward move.

Given the relatively small distance between the downtrend line and the horizontal support of $ 390, the critical factor for the future direction of BNB’s move will undoubtedly be whether this cryptocurrency slips below the currently tested support or breaks above the trend line inheritance.

A break below the currently tested support could open the door to a further decline towards $ 335, while a break above the bearish line would fuel a further increase towards $ 505.

The first GEC token burn — before the listing

Trading on Geco.one Crypto Derivatives Exchange
Thank you! You have been subscribed to our newsletter!
Oops! Something went wrong while submitting the form.
Products & Services
About
Sponsoring
GEC token
Community