Read more
We use cookies to optimize your site experience. By interacting with our site, you agree to our use of cookies. Learn more

After rebounding from the technical support of $ 19,000, Bitcoin returned to the region of technical resistance of $ 22,000. It is worth noting that this barrier sets the upper limit of the consolidation that has been going on for a month.

Considering that the consolidations are corrective formations, which means that the market is more likely to break out of these types of systems in the direction of the earlier move, in this particular case, where the earlier impulse was downward, statistically more likely that the BTC price will break the bottom, that is, it will drop below $ 19,000, which in turn could signal a potential for further drops to the next support, which is located in the region of $ 12,000.

As an example confirming the thesis described above, the situation from May can be given when, also after a dynamic decline, Bitcoin stuck for a month from consolidation and then knocked out of the bottom, i.e. in the direction consistent with the previous impulse.

However, it should be mentioned that we are only relying on some statistics, which means there is a certain probability that Bitcoin will break out of this consolidation. The chances of this are smaller than a breakout, but it cannot be ruled out. If that happened, the BTC could move further north towards $ 28,500.

However, it may be significant for the market, scheduled for July 27 this year, a meeting of the Federal Committee for Open Market Operations (FOMC), during which the institution will indeed decide on another interest rate hike.

Last week’s report on CPI inflation in the United States made up 42 %. The Fed’s likelihood of raising interest rates in July by as much as 100 bp has increased, which would put downward pressure on the stock and cryptocurrency markets.

Looking at the Ethereum quotes, we can see that the price of this cryptocurrency increased after rebounding from the technical support of 1000 dollars by more than 46%. This increase helped to overcome the technical resistance of $ 1,250 and $ 1,400.

As a result, if this trend continues, in the near future, we could expect a re-testing of the downward trend line marking the upper limit of the parallel downtrend observed in May or even the horizontal resistance of $ 1720.

However, despite the recent appreciation, it is worth noting that the trend has not changed yet and remains downward. This also means that, at least at the present stage, the rebound should be treated only as a form of another correction, after which the market may return to the downward path.

The catalyst for further depreciation may be the upcoming monetary decision of the Unhealthy Reserve, which will be announced on July 27 this year.

Looking at the Polygon (MATIC) quotes, we can see that the price of this cryptocurrency has increased by almost 188% over the last month. From just under $ 0.32 all the way above $ 0.90.

If only this increase continues, the MATIC rate could soon return to the ​​previously defeated support (now resistance) area for USD 1.02.

However, if this barrier was also broken (which at the present stage seems rather unlikely), the price of this cryptocurrency could move further north towards 1.33 USD or even 1.70 USD.

It seems, however, that after such a spectacular increase as we have seen over the last few days, there will be some rebound in the near future in the form of at least a downward correction.

Avalanche (AVAX) has increased by almost 47% over the past six days. In turn, from the lows of June 19 this year, the appreciation scale has already exceeded 74 %.

This increase helped overcome the horizontal resistance of $ 22, which naturally indicates a potential for further appreciation, for which the entire ranges seem to be around $ 28 and $ 37, respectively. It is there that the two closest resistance levels are located, in the area of ​​which a supply reaction could occur.

If either zone is rejected, the AVAX rate could return to the area of ​​the last defeated resistance (now support) of $ 22.

Looking at the XRP quotes, we can see that the price of this cryptocurrency has remained for over a month in a horizontal trend (in consolidation) between support of 0.30 USD and resistance in the region of 0.38 USD.

So, if the upward trend that has been going on for several days continues, the XRP should reach resistance at 0.38 USD. A permanent break above this barrier could, in turn, open the door to a further increase towards USD 0.43 USD or even 0.58 USD.

It is worth remembering, however, that consolidations are corrective formations, which in this case, however, increase the riskXRP’s subsequent return to the path of declines, for which the entire ranges seem to be around 0.30 USD.

EOS has been trading for over a month inside a gently rising channel. Currently, the cryptocurrency rate is testing the technical resistance set by the upper bound of this system. If this barrier was broken, the EOS quotes could continue their rally north towards 1.20 USD.

However, this stage appears to be the maximum range for a short-term boost. There are many indications that this rebound is only a form of correction after an earlier sell-off. Thus, after the rebound, the market may return to the downward path, falling below 0.90 USD.

Looking at the Cardano (ADA) quotes, we notice that, in line with last week’s projection, the price of this cryptocurrency broke below the technical support of $ 0.44 and slipped to around $ 0.40.

It was in the area of ​​this support that the demand reaction appeared, which initiated the upward rebound observed until today. This surge has already pushed Cardano back to above $ 0.44. Due to this fact, if this trend continues in the near future, we could expect to re-test around USD 0.50, USD 0.55, or even USD 0.64. This is where the three closest resistance levels are located.

Will Bitcoin drop to USD 12k and ETH to USD 1k?

Is the Crypto market heading for a bigger correction?

Bitcoin grew by almost 21%! US inflation report on Tuesday!

Bitcoin is in the horizontal trend! When is the end of the correction?

Should we expect a bigger sell-off on crypto? 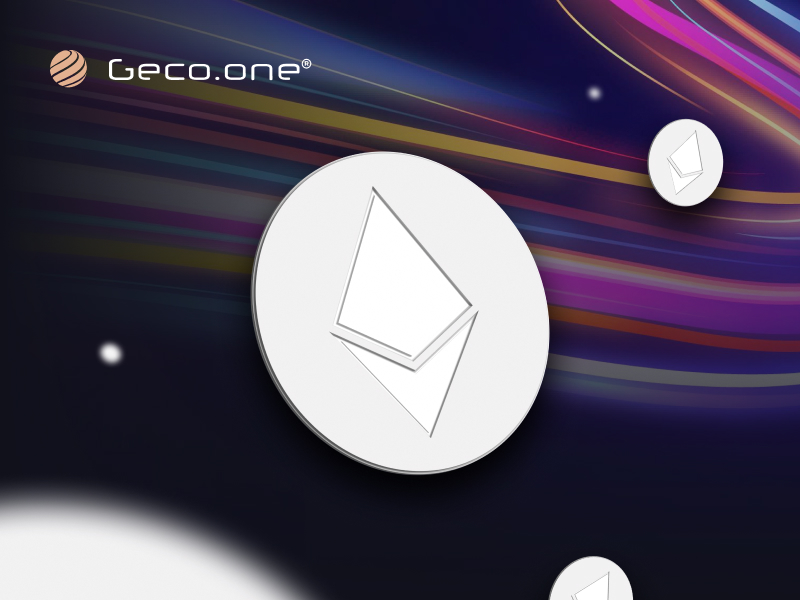 Our operations during the Ethereum MERGE

The first GEC token burn — before the listing
Thank you! You have been subscribed to our newsletter!
Oops! Something went wrong while submitting the form.
Products & Services
About
Sponsoring
GEC token
Community